Six reasons why you should be having English courses in York 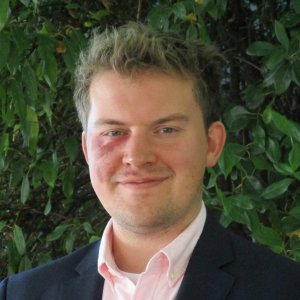 Tom is an experienced trainer who has worked in the field of specialist English language training for almost ten years, both overseas in Japan, Germany and Spain, and in the UK.

Located in the north of England, York is a small and beautiful city with a lot to offer students who want to study English in the UK.

York is full of history, culture and uniquely British charm. Away from the chaos of London and the busy hustle of Birmingham, it’s the perfect destination for people who want to study, explore and get to know the heart of England.

Here are our top six reasons we think you should be having English courses in York:

1. It’s the best place to live in Britain

British people love York. In fact, 90% of them do—making it the UK’s most popular city. But did you also know that York is also the ‘best place to live in Britain’, according to the Sunday Times newspaper?

It’s easy to see why. It’s full of beautiful architecture, delicious food and friendly people. It really does have everything! So why don’t you come along and say hello?

2. It’s one of the most beautiful cities in the country

York boasts the York Minster, the largest medieval Gothic cathedral Northern Europe, The Shambles, which Google has previously nominated as Britain’s Most Picturesque Street, and The City Walls, which offer fantastic views over York. Unsurprisingly, York is regularly voted as one of the UK’s most beautiful cities.

The city is also located in the historic county of Yorkshire, referred to by the locals as ‘God’s Own Country’. So why not explore outside the city and visit places such as Whitby Abbey, Castle Howard, or Rievaulx Abbey?

We understand that safety is important to our students, especially if they’re visiting a foreign country for the first time. Well, North Yorkshire is consistently found to be one of the safest parts of the UK due to its friendly people and low crime rate. In fact, a recent study found that York has the UK’s best community spirit. So if safety is an important part of your and your students’ decision-making processes when choosing a city to visit in the UK, you can’t go wrong with choosing York.

It’s true that unlike London, Edinburgh or Manchester, we don’t have our own airport. But with both Manchester, Edinburgh and London less than two hours away by train, York has never been easier to visit.

What’s more, because York is such a small city, it’s very easy to get around. So book that train ticket, sit back and enjoy watching the beautiful British countryside pass you by on your way to visiting us!

Are you a fan of chocolate? What about shopping? Or theatre? York is home to over 2,000 shops, the world-famous Betty’s Tea Rooms, a number of very popular museums including the JORVIK Viking Centre and the National Railway Museum, and of course, The Chocolate Story, a museum dedicated to the history of chocolate in York. If you’re really lucky, and the wind is blowing in the right direction, you might even be able to smell chocolate in the air from York’s nearby chocolate factories!

Of course, if none of the previous five points have convinced you to check out what York can offer you or your students, what about if we told you that York is also Europe’s most haunted city? That’s right – with York’s sometimes scary and violent history, visitors to York can now try to spot the spooky activities of famous ghosts such as Mad Alice, and The Grey Lady. So if you like ghost stories, and aren’t scared of the dark, we dare you to go on York’s Original Ghost Tour one evening after your lessons have ended. Are you brave enough?

We think that that’s more than enough to convince you to visit York. But there’s one more… Reason number seven of course is that it’s home to York Associates and our range of professional language and soft skills training courses! Are you interested in coming to York, or even sending your students here? Find out more about what York Associates offers here.

Sign up to our monthly newsletter to receive updates about new courses, special offers and events.

This website uses cookies to improve your experience while you navigate through the website. Out of these cookies, the cookies that are categorized as necessary are stored on your browser as they are essential for the working of basic functionalities of the website. We also use third-party cookies that help us analyze and understand how you use this website. These cookies will be stored in your browser only with your consent. You also have the option to opt-out of these cookies. But opting out of some of these cookies may have an effect on your browsing experience.
Necessary Always Enabled
Necessary cookies are absolutely essential for the website to function properly. This category only includes cookies that ensures basic functionalities and security features of the website. These cookies do not store any personal information.
Non-necessary
Any cookies that may not be particularly necessary for the website to function and is used specifically to collect user personal data via analytics, ads, other embedded contents are termed as non-necessary cookies. It is mandatory to procure user consent prior to running these cookies on your website.
SAVE & ACCEPT
How we will help you stay COVID-safe at York Associates York Associates is committed to talking all necessary steps to protect the health, safety and welfare of our participants, staff and local community.
Click here to find out what you can expect when you take a course with us.

Enter your details to receive the sample content from the course.

I'd like to look at teacher training courses for myself.

I'd like to see what teacher training courses I could offer my clients.

I'd like to look at Business English courses for myself.

I'd like to look at Business English courses for my organisation.

I'd like to see what Business English courses I can offer my clients.